The Public Opinion of Forestry Survey is carried out every two years and obtains people's attitudes to forestry and forestry-related issues, including visits to woodland. Copies of reports and detailed data tables are available at www.forestresearch.gov.uk/tools-and-resources/statistics/statistics-by-topic/public-opinion-of-forestry/.

The results shown in Tables 6.5 and 6.6 and Figure 6.1 have been taken from the UK and country reports on the latest surveys in 2017, and from surveys in earlier years. The reports also include other recreation-related results, such as whether the woodlands visited were in towns or the countryside and any reasons given by survey respondents for not visiting woodlands.

In the UK 2017 survey, three fifths (61%) of respondents said that they had visited woodland in the last few years for walks, picnics or other recreation (Table 6.5).

These figures are outside the scope of National Statistics.  For further information see the Sources chapter.

Survey respondents were asked how frequently they had visited during the previous summer and winter. Figure 6.1, which presents aggregated UK results for the 2013 to 2017 surveys, shows that respondents visited much more often during the summer, with 45% of respondents visiting at least once a month in the summer compared to around one quarter (26%) in the winter. 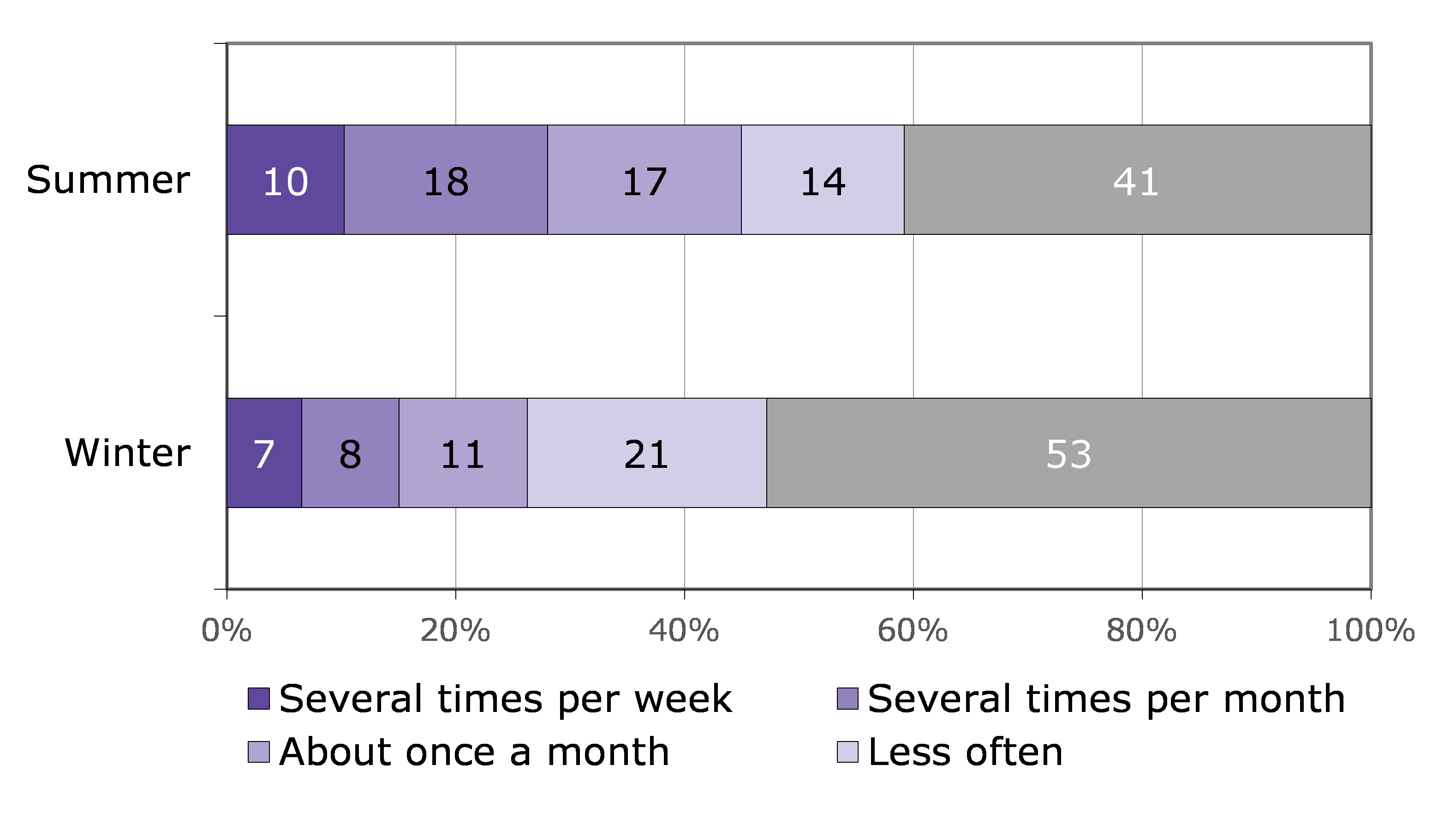 These figures are outside the scope of National Statistics.  For further information see the Sources chapter.