Provenance trials of native tree species are used to determine whether our tree populations differ in terms of adaptive variation and the scale over which these differences operate. Currently, an administrative system (the Forest Reproductive Material 2002 Regulations) for identifying and tracking the source of seed and plants used in the establishment of new native woodlands divides Britain into four Regions of Provenance which are further divided into 24 Native Seed Zones.

The seed zones are further divided into those areas that are either below or above 300m in altitude. This system applies to all native tree species with the sole exception of Scots pine which has its own seed zones based on the results of biochemical analyses. However, as there is little evidence to underpin this system, provenance trials of three native tree species (Scots pine, rowan and ash) have been established at a range of sites in Britain.

Scots pine (Pinus sylvestris L.) is the foundation species of the Caledonian forest. Cur­rently, 84 native Scots pine fragments remain in Scotland and occur across a broad range of conditions. Scots pine is wind pollinated and its seeds are wind dispersed.

Trials were established as part of a collaboration between CEH, Edinburgh University and the James Hutton Institute.

The Scots pine trials are based on plants derived from seed collected from four mother trees in each of 21 Scottish provenances of Scots pine grown at two locations. The trials were initially pot based but were later planted out in 2011/12 at sites in the south and northeast of Scotland. Early results of the pot based trials demonstrated populations contain high levels of adaptive variation and differ in several traits of adaptive significance (Salmela et al. 2011,2013[1]).

Provenance trials of ash and rowan

Ash and rowan have wide natural distribution ranges and contrasting reproductive and dispersal systems. Ash is wind pollinated and its seeds are wind dispersed. In contrast, rowan is insect pollinated and its seeds are dispersed by birds. A collection of ash seed was undertaken in 2003 and rowan in 2004. Where possible, seed was collected from two stands of native origin in each native seed zone across Britain as defined in Forestry Commission Practice Note 8.[2] The family structure was not retained in the design of the trials. The distribution of the populations sampled can be seen from the maps here: 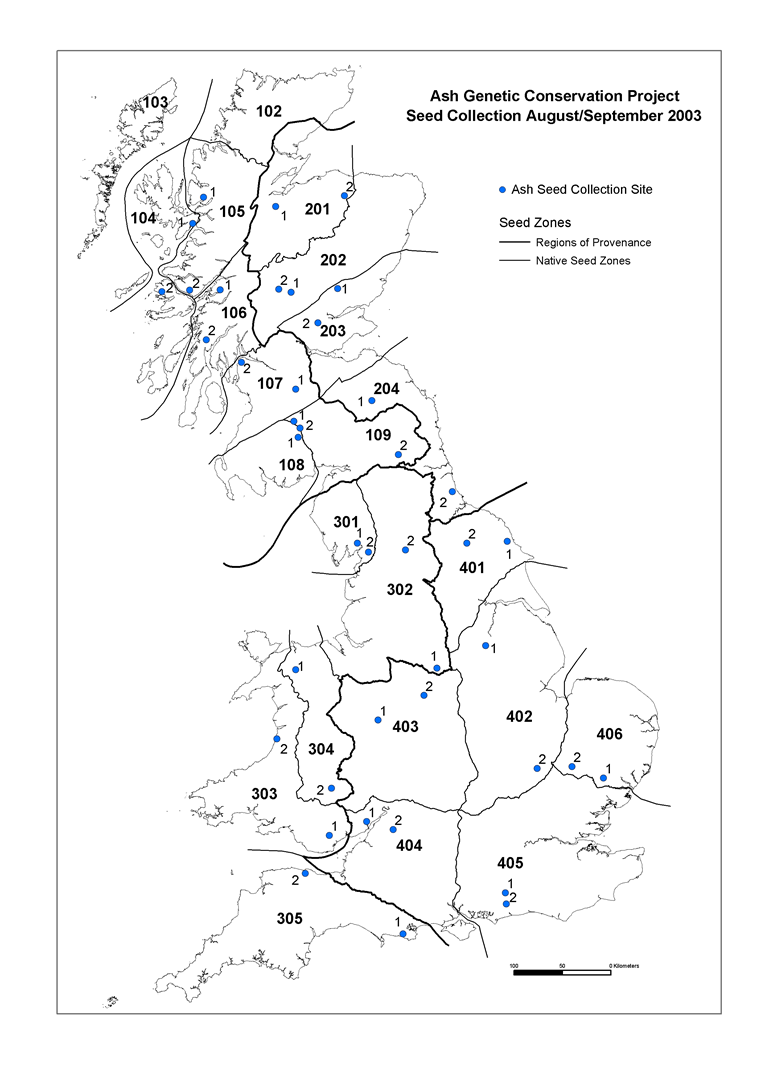 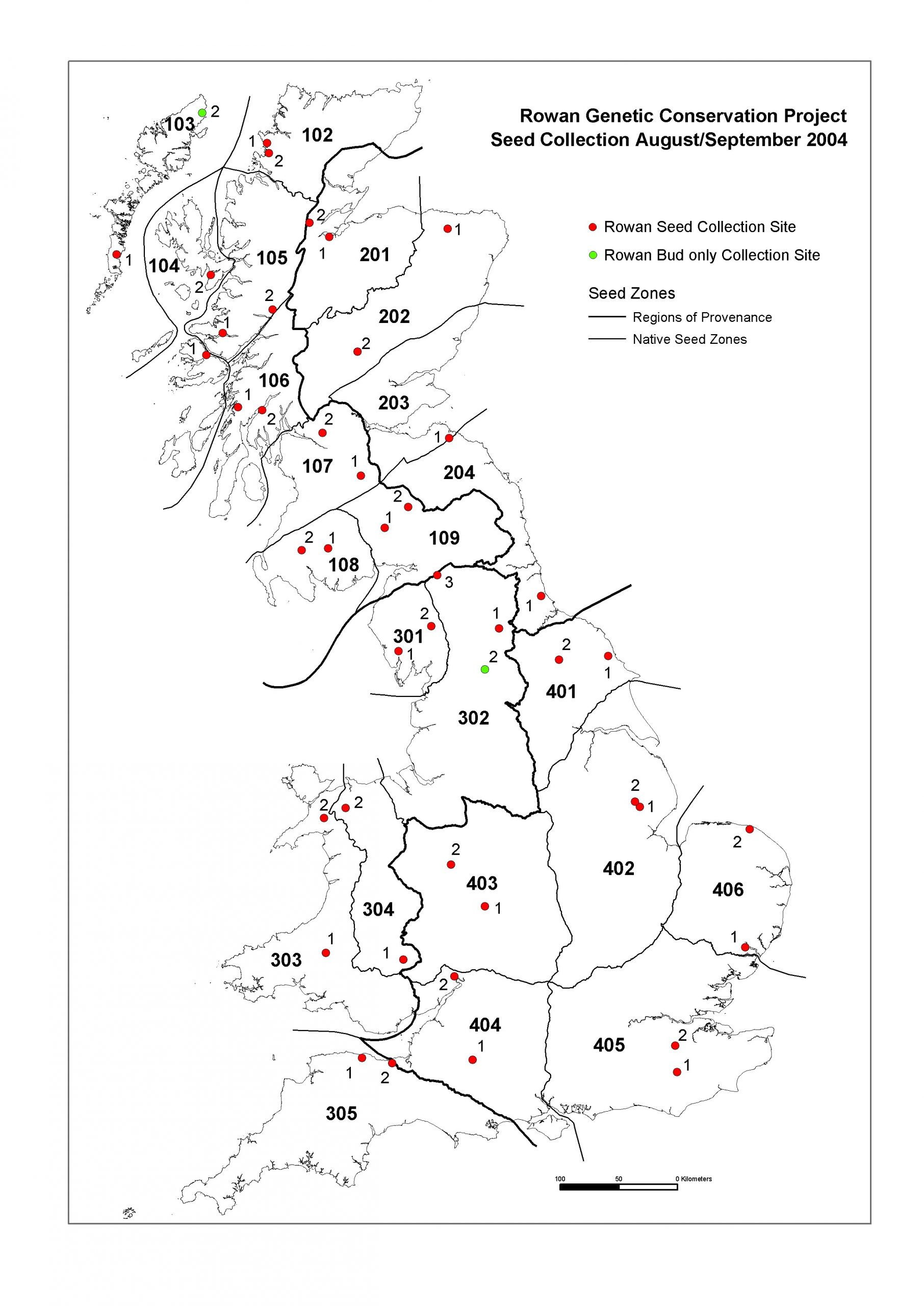 After one year in the nursery the rowan seedlings were planted out into provenance trials at four sites located. The ash planting followed a year later. The four trial sites for rowan all established well. For the ash, the trial site in Scotland failed largely due to poor ground preparation and the one at Alice Holt grew very poorly. However, there was good establishment in the remaining two sites.

Early results demonstrate that provenances exhibit differences in adaptive traits such a flushing and age at onset of flowering.