Notifiable in the plant trade – see ‘Report a sighting’ below 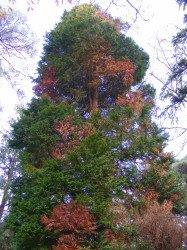 P. lateralis is known to be present in all four countries of the UK, and it is more prevalent in Scotland and Northern Ireland than in England and Wales. This distribution map shows the locations of confirmed cases as at January 2016.

It has also been reported from the Republic of Ireland, The Netherlands, Belgium, France, west-coast states of the USA, where it has been particularly damaging, and Taiwan.

More information about its history is available under ‘Origins and background’ below.

It has also been found in soil in nurseries associated with cyclamen, marigold and pomegranate.

Although reported on rhododendron, azalea, photinia and kiwifruit plants, these might have been misdiagnoses of similar Phytophthoras.

P. lateralis is a virulent pathogen which usually kills the trees it infects: few trees recover from an attack.

We believe P. lateralis is capable of surviving in all parts of the UK. Although we estimate there are fewer than 2200 hectares of Lawson cypress growing in woodland in the UK, Lawson cypress and its many colourful cultivated varieties are popular for amenity planting in parks and gardens. making them one of the most important conifers in the UK ornamental plant trade. This means it could present a threat to the ornamental plant industry if it became widely established here.

Its confirmation in western red cedar in the UK means it could also prove a risk to the forest industries, with about 1000 hectares of red cedar growing in public forests managed for timber production.

The foliage of infected Lawson cypress trees initially turns a pale green, then a dull bronze or rust red as the tree dies.

Isolated patches of bronze or brown foliage in the crown shows that the stem or branches are infected.

The phloem (inner bark) becomes discoloured as the infection extends from the roots and root collar up the stems (trunks) of affected trees. Tongues of darker-coloured dead phloem tissue (inner bark) become visible when the outer bark is removed, contrasting with paler, healthy tissue.

Note that symptoms caused by P. lateralis can be similar to those of other infections, such as those caused by Phytophthora cambivora or Armillaria species, which are endemic to the UK.

More-detailed information about, and pictures of, the symptoms is available on a separate page.

Suspected cases in trade, such as in nurseries and garden centres, must be notified to the relevant plant health authority as follows:

There is no requirement to report suspected cases of P. lateralis infection in the wider environment to the plant health authorities.

However, if the suspected case involves a number of trees on an estate or a public site such as a park or churchyard in Great Britain, especially where high numbers of visitors pose a high risk of spreading the disease, you should report it to us using our on-line TreeAlert disease reporting tool.

Similar cases in Northern Ireland should be reported with TreeCheck, the all-Ireland tree disease reporting tool.

Note that TreeAlert and TreeCheck require photographs to be uploaded.

If you are unable to use TreeAlert or TreeCheck, you may contact our Tree Health Diagnostic & Advisory Service.

Owners of suspected infected trees in private gardens should consult a reputable arborist for advice. The Arboricultural Association can help you find one.

P. lateralis usually initially attacks the roots of the host tree and spreads up the stem from there. The entire phloem (inner bark layer) of the trunk can become girdled at the collar, disrupting the flow of nutrients from the leaves to the lower parts of the tree, leading to the tree’s death.

There are also genetic variants which have been found to be capable of causing branch dieback, having been transmitted aerially in water droplets.

The disease spreads when tree roots come into contact with P. lateralis spores present in the soil or water. Planting infected plants, or using soil which is harbouring spores, are key pathways for introducing the disease to new sites.

Once they are present in an area, spores from infected trees can also be spread in water run-off, or transferred on footwear or vehicles.

If you have an outbreak of P. lateralis in a plant or plants which you own or manage, you might be contacted by the relevant plant health authority. This will happen if the outbreak is deemed to have exceptional circumstances requiring statutory action. Exceptional circumstances can include vulnerable woodland environments and sensitive habitats, where isolated finds are detected in areas where the pathogen has not previously been detected, or if new scientific information becomes available.

Statutory action would usually include destruction of the infected plants and nearby susceptible plants, and follow-up preventative action. However, this would be exceptional, and in most cases the tree owner or manager will be left to undertake the work voluntarily. See ‘Management and control’ below for guidance about appropriate action.

The plant health authorities for forests and woodland are:

When buying plants, ask your supplier searching questions about their stock, and if the answers are unsatisfactory, choose another source. For example, do they grow all their stock on site, or are plants imported from abroad, or from another wholesale nursery? If so, do they have separate quarantine areas, and how long do they observe imported plants for signs of ill health before they are sold on? Do they only grow forestry trees, or do they trade in other potential hosts of P. lateralis? What are their biosecurity procedures?

When new plants are received on site, check them for signs of ill-health, and do not plant unhealthy trees, and report them to an appropriate authority if necessary. If you are planting larger, containerised trees, keep them in a quarantine area for at least six weeks if possible to check for development of potential symptoms before planting.

Avoid planting susceptible tree species next to or upstream of already established stands of trees in the Cupressaceae family. Choose a planting location away from areas prone to flooding or standing water. Consider different silvicultural (woodland management) techniques to increase forest resilience, such as planting in mixture, so that trees of individual species are widely spaced or in small, intimate blocks. Keep records of planting locations, batches and sourcing.

In town and cities, check surrounding areas to establish whether there are any individual trees, hedges or windbreaks of the Cupressaceae family which have suspicious symptoms or have suddenly died.

Always practise good biosecurity as a matter of routine to reduce the risk of accidentally transferring soil or plant material from site to site on footwear, machinery or equipment. Clean tools and equipment before moving to healthy plants after working on or near plants of poor health. The UK Government website has more-detailed advice on preventing and minimising the spread of tree diseases.

Kill affected and nearby host (susceptible) trees, usually by felling, but ring barking or chemical treatment can also be options.

Avoid moving infected plant material off the site. The most effective method of disposal is to burn or chip affected material on site.

Avoid transferring soil or chipped material across the site or off it. Establishing ground cover (using non-host plant species) on any exposed areas of soil following management of infected trees will help reduce this risk of spread. Alternatively, consider using a membrane to cover exposed ground.

Consider explanatory signage, temporary fencing and restricting access to tracks and footpaths etc., particularly if there is a high level of public access on site, until the risk of accidental movement of soil from infected areas has subsided.

Remain vigilant for other unexpected dieback on the site, and report any with TreeAlert or to a local plant health officer as appropriate.

Under European Union phyto-sanitary (plant health) legislation, imports of Chamaecyparis species are banned from third (non-EU) countries. Despite this, P. lateralis entered the EU, possibly on other host species which are not banned, such as Pacific yew (Taxus brevifolia), or on soil associated with non-host plants originating in areas where the pathogen occurs.

P. lateralis is thought to originate in Asia: a genetic lineage has been found in Taiwan. It is now the main cause of death of Lawson cypress trees in their native range in the West Coast region of North America.

The pathogen was first detected in the wider environment in the UK in 2010, at Balloch Castle Country Park in West Dunbartonshire, Scotland. Infection sites include forest stands, windbreaks, parks and private gardens.

The most likely source of the outbreaks in the UK has been the importation of infected plants from neighbouring European countries – four confirmed outbreaks on mature trees in the UK have been on nursery sites or next to garden centres or plant sales areas.

Outbreaks of infection have been confirmed in Lawson cypress trees in South-West England, Yorkshire, Scotland and Northern Ireland. The disease is most prevalent on the western side of Central Scotland.

We do not know how P. lateralis got into the UK, but the most likely route is that it entered on imported, containerised plants. We have not been able to confirm the pathways by which the pathogen got to the specific sites, although the fact that different genetic lineages of the pathogen are present at the geographically close sites of Balloch and Greenock suggests that separate, independent introductions have occurred.

In December 2013, The Netherlands ceased statutory controls against P. lateralis. This action increased the risk of the pathogen being imported into the UK on host plants and in soil.

The existing pest risk analysis for P. lateralis in the UK was reviewed. As a result, in November 2015 the decision was made to move from treating P. lateralis as a regulated organism requiring statutory action in the form of eradication or containment measures to a situation where statutory action would only be taken on findings in commercially traded .)plants, and not in the wider environment, unless there were exceptional circumstances. 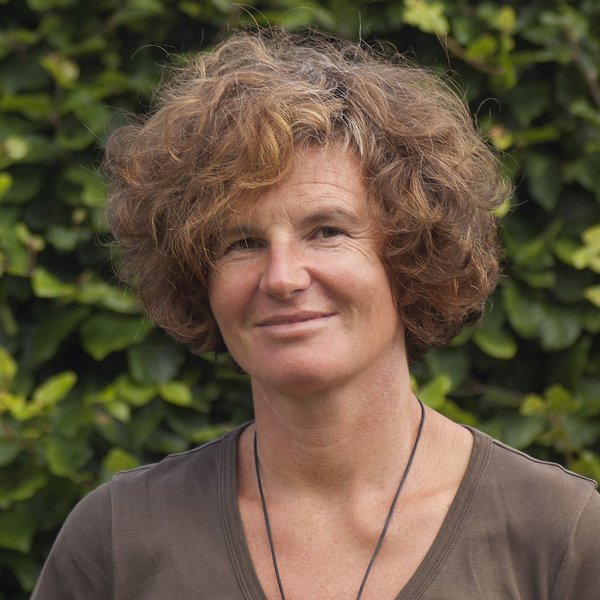