Archaeological evidence in the burial environment 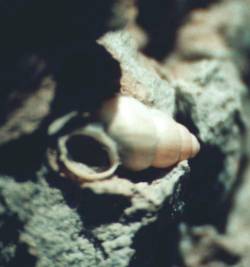 Buried archaeological remains are diverse in their chemical composition. Similarly, the sizes of any remains can vary from buried landscapes and soils, occupation layers and foundations to microscopic diatoms and pollen grains. Different environmental conditions favour the preservation of different types of archaeological evidence. Waterlogged soils will preserve many types of organic and environmental remains, bone and shell are better protected by alkaline soils and pollen by acidic conditions. The longevity of any archaeological resource is determined by the many current site variables, but also past and current land use and the nature and size of the evidence itself. Studies into the stability of buried archaeological evidence do exist and some of the findings include:

Below ground, soil chemistry, water content and the burial depth will also be relevant to the longevity ofbuilding foundationsand howtree roots interact with these remains will again be influenced by the chemical composition ofany buildingstones and their cementing agent where used. Chemical weathering of stone by roots or associated fungi has been seen at a Bronze Age granite roundhouse on Dartmoor. This was seen as a brown stain with accompanying loss of feldspar integrity where the granite was in contact with bracken rhizomes

Studies into the chemistry of woodland soils

How the buried archaeological resource will be affected by rainfall percolating through the canopy (Through Fall (TF)) will be largely dependant upon the chemistry of the surrounding soil and their interactions. The ability of a soil to neutralize any acidic inputs is termed its buffering capacity. A soil with a high carbonate content such as a rendzina is able to neutralize relatively high acidic levels whereas raw sands or peaty soils are more sensitive to acidic inputs. In some podzols, the influence of atmospheric deposition was still observed at a depth of 40 cm. Some palaeoenvironmental indicators such as molluscs are composed of calcium carbonate and are readily dissolved by an acidic environment. Where these occur in neutral or weakly acidic soils, the influence of TF chemistry may be relevant.

While literature on the chemical alteration of archaeological evidence through root activity is limited, there are many publications concerning the weathering of soil minerals and the influence of root exudates and associated microbiological activity. Changes in the structure of reference minerals buried at various depths within different soils have been attributed to both the soil horizon and the surface vegetation. Increased mineral weathering is associated with dissolution by ectomycorrhizal activity and hyphal incursion. Studies into mineral weathering due to root exudates have shown various results. These different findings emphasize the complexity of mineral weathering rates that are dependent upon soil type, temperature, horizon chemistry, water content, microbial activity, vegetation type and root exudates. However, like archaeological evidence, the mineral longevity is primarily influenced by its own chemical composition.

Tobuild uponthe findings of the mineral weathering study outlined above, conservationists from English Heritage are collaborating with Forest Research in the burial of modern analogues of a selection of archaeological materials. These are buried within a woodland experimental site where intensive environmental monitoring is occurring. This work will contribute to a better understanding of artefact preservation in woodland soils.

It is well known that and acidic solution will dissolve many substances including soil minerals and archaeological materials. However, an acidic environment can favour the preservation of some materials (such as pollen grains) that would rapidly degrade in an alkaline soil. Thus, the soil pH can strongly influence what type of buried materials will be preserved.

The more saturated a soil solution is with the same, or similar ions to the composition of an archaeological material, the better the likelihood of preservation. Such a soil acts to buffer against dissolution by providing ions for chemical reactions that would otherwise come from the archaeological material.