The main aim of the Glentress Trial Area is to study the transformation of even-aged plantations to a permanently irregular structure using group selection. It was established in 1952 by Professor Mark Anderson, who was then Head of the Forestry Department at the University of Edinburgh, and Forestry Commission Scotland. 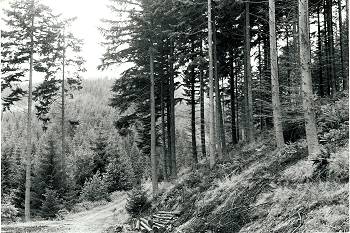 When the Trial Area was established in 1952 most of the plantations were 20-30 years old. The 117 ha area was divided into six Blocks and the plan was to transform the area over a 60 year period by felling and regenerating groups totalling two hectares in each Block every six years.

The initial species choice was to plant European silver fir, Norway spruce and European beech into the groups in an attempt to emulate the forests of the Swiss Jura, which had inspired Professor Anderson’s thinking (explained in Anderson, 1960). Whilst all these species are still represented within the Trial Area, only Norway spruce now makes up a significant proportion of the stand. This was due to difficulty sourcing European silver fir and browsing of European beech by initially sheep and then later deer.

Copy of the original plan for the Trial Area (PDF-806K)
(We think this was written by Professor Anderson in 1955). 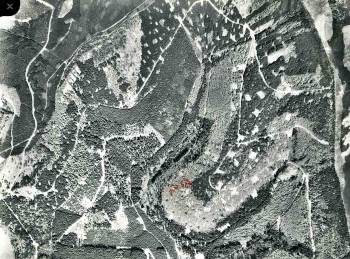 The original plan for the area was the University of Edinburgh would produce an annual plan of work for the area, which would be carried out by the Forestry Commission. Unfortunately, detailed information on these plans and their implementation were not recorded and only general trends, such as the changes in the species being planted, have been recorded. The plan also involved the University assessing the Trial Area to measure progress of the transformation. There have been three distinct periods of assessment in the Trial Area. From 1952 to 1964 every tree above 12.5 cm DBH was assessed every six years. It was not possible to maintain this level of intensity and from 1964 to 1989 few measurements were made. In 1990 funding from the Scottish Forestry Trust was used to establish 240 permanent sample plots in the Trial Area. All subsequent research in the Trial Area has been based on this network of plots.

An important development during the early 1990s was the increase in recreational development in Glentress forest and the Trial Area. The forest is now one of the major mountain biking centres in Britain with over 250,000 visitors a year. 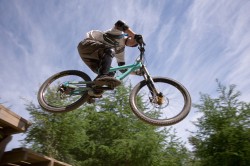 Since 2008, Forest Research has assumed responsibility for the research aspects of the Trial Area and work closely with Forestry Commission Scotland on this project. A review of progress (Kerr, 2010) between 1952 and 1990 helped clarify progress and a recent PhD study by Hamish Mackintosh has updated this work. The following is a summary of the main findings in the Trial Area so far; for more information see the publications listed below. 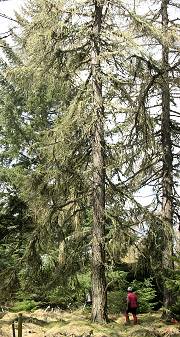 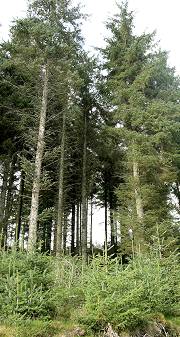 A new management plan for the Trial Area was been agreed between Forestry Commission Scotland and Forest Research in June 2010.

Malcolm, D.C. (1992). The development of a transformation from even-aged plantations to an irregularly-structure forest. Report to the Scottish Forestry Trust. School of Forestry, Institute of Ecology and Resource Management, University of Edinburgh, Edinburgh.