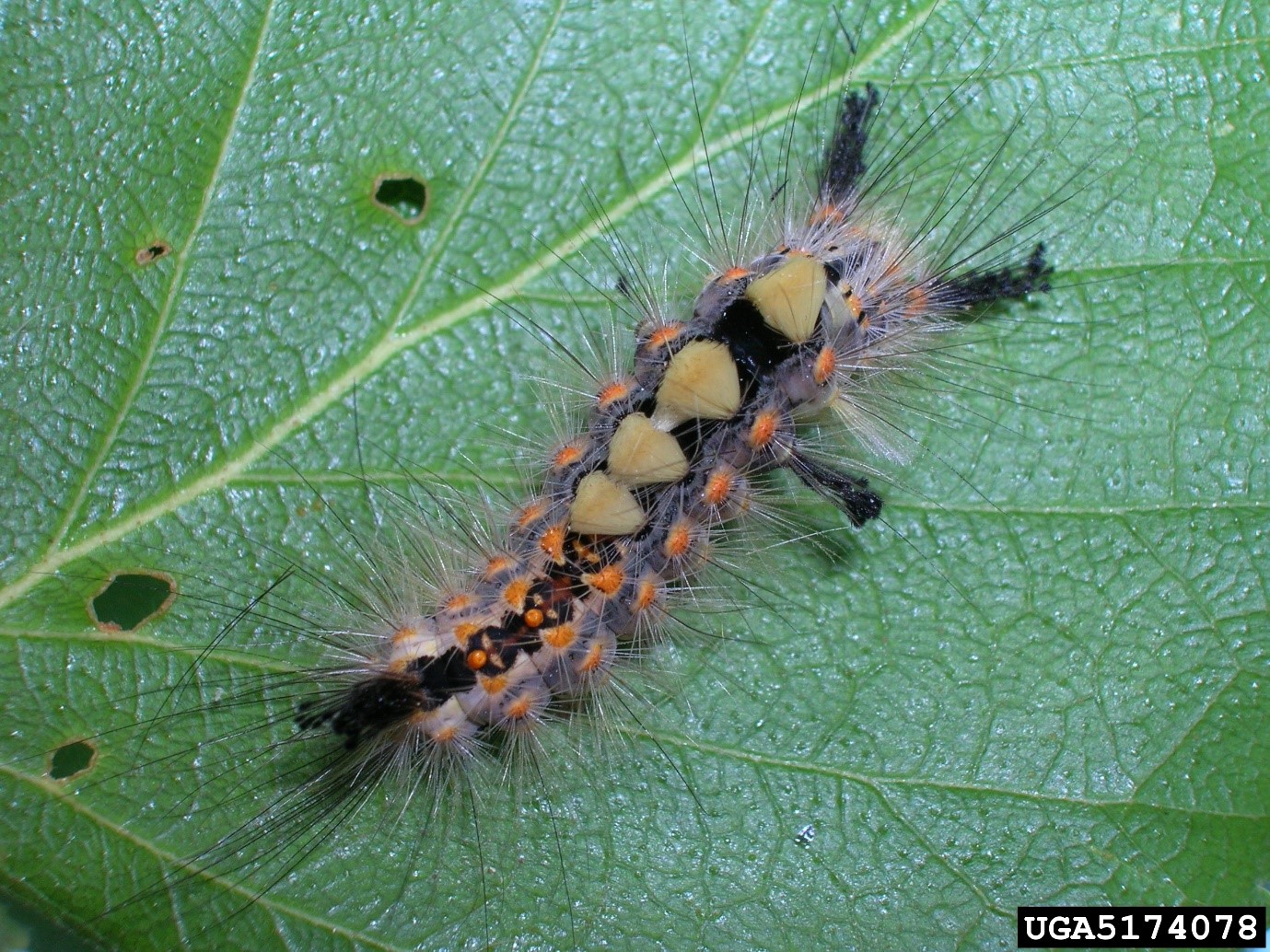 Vapourer moths (Orgyia antiqua) are widespread and common throughout the UK, especially in parks and gardens. Larvae may be found at any time between May-August on almost any deciduous tree or shrub.

Caterpillars have a blueish grey body with red spots, a row of 4 tufts of pale-yellow bristles along their back and several single brown or black tufts.

Vapourer moth caterpillars do not produce nests and are not social, compared with OPM caterpillars, which nest on the main branches and trunk of oak trees in a rounded shape.

Adults are active between July-October and usually complete a single generation per year. Since females are wingless and unable to fly, they release sex pheromones to attract males.  After mating, females will lay the eggs on the surface of the pupal cocoon, where the eggs will overwinter and hatch the following spring around May.

Despite being conspicuously hairy and frequent on oak, vapourer moth larvae do not produce silk webbing or a nest.

Host plants include deciduous trees and shrubs including but not limited to: oak (Quercus), birch (Betula), blackthorn (Prunus), hawthorn (Crataegus), elm (Ulmus), hazel (Corylus), lime (Tilia) and willow (Salix). When conifers are in close proximity to high numbers of vapourer larvae, they have also been eaten.

Vapourer moths do not have a massive impact on their host plants, only a slight defoliation, which does not have any long-term negative affects on the plants. The long hairs of vapourer caterpillars can cause mild irritation. However as with most hairy caterpillars, susceptibility to allergens varies depending on the individual, so it is best to avoid touching them just in case.

As the impact of vapourer moths on hosts and to humans/livestock is minimal, control is rarely needed, and caterpillars can be left alone to complete their lifecycle.