The brown-tail moth (Euproctis chrysorrhoea) is found mostly in southern England and Wales, and along some coastal regions further north.

Caterpillars are black and hairy, with white marking down the lateral sides of the body and two distinctive orangey red ‘warts’ towards the tail-end on the back. Approximately 30mm long.

Nests are spun between host twigs in a tent shape. These nests are more likely to be placed on the outer branches of trees/shrubs compared to OPM caterpillars, whose nests are always on the trunk or large branches of oak trees

Brown-tail adults are active during July and August in the UK and will lay 150-250 eggs that are covered with brown hairs on suitable hosts. Caterpillars take about 3 weeks to hatch, after which they feed and form a dense silk nest during late summer/autumn protecting them over winter. Caterpillars emerge in April and begin feeding, causing significant webbing and defoliation, until they pupate out of sight around late May. This communal living behaviour of the caterpillars, along with their webbing and broadly similar appearance, makes them one of the most common species to be mistaken for OPM. 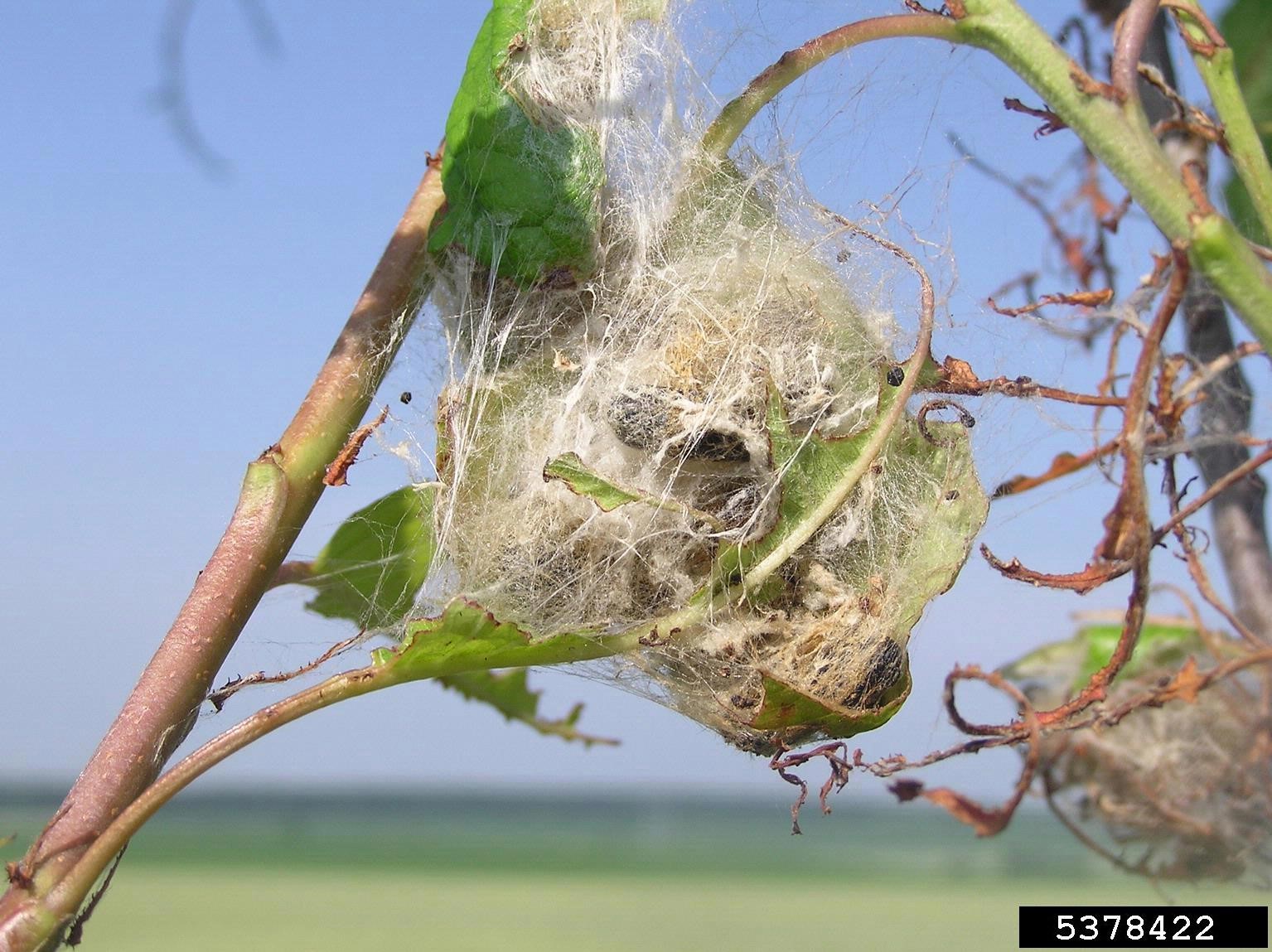 Although occasionally found on oaks (Quercus), brown-tail moth larvae are much more common on hedgerow trees such as blackthorn (Prunus) and hawthorn (Crataegus) or on scrubby plants, especially bramble (Rubus).

Defoliation caused by the congregating brown-tail caterpillars can look extreme, however plants will tend to recover in the following year.

Although not as severe as OPM, brown-tail hairs can provoke an allergic reaction, in the form of a very itchy skin rash. As such, contact with the larvae or their nests should be avoided. Since the hairs do not spread very far (found locally on the caterpillars, nest and individual host plant), avoidance is usually a sufficient measure against side effects.

There is no statutory requirement to control brown-tail caterpillars, although some councils do have policies regarding the control/ management of them.