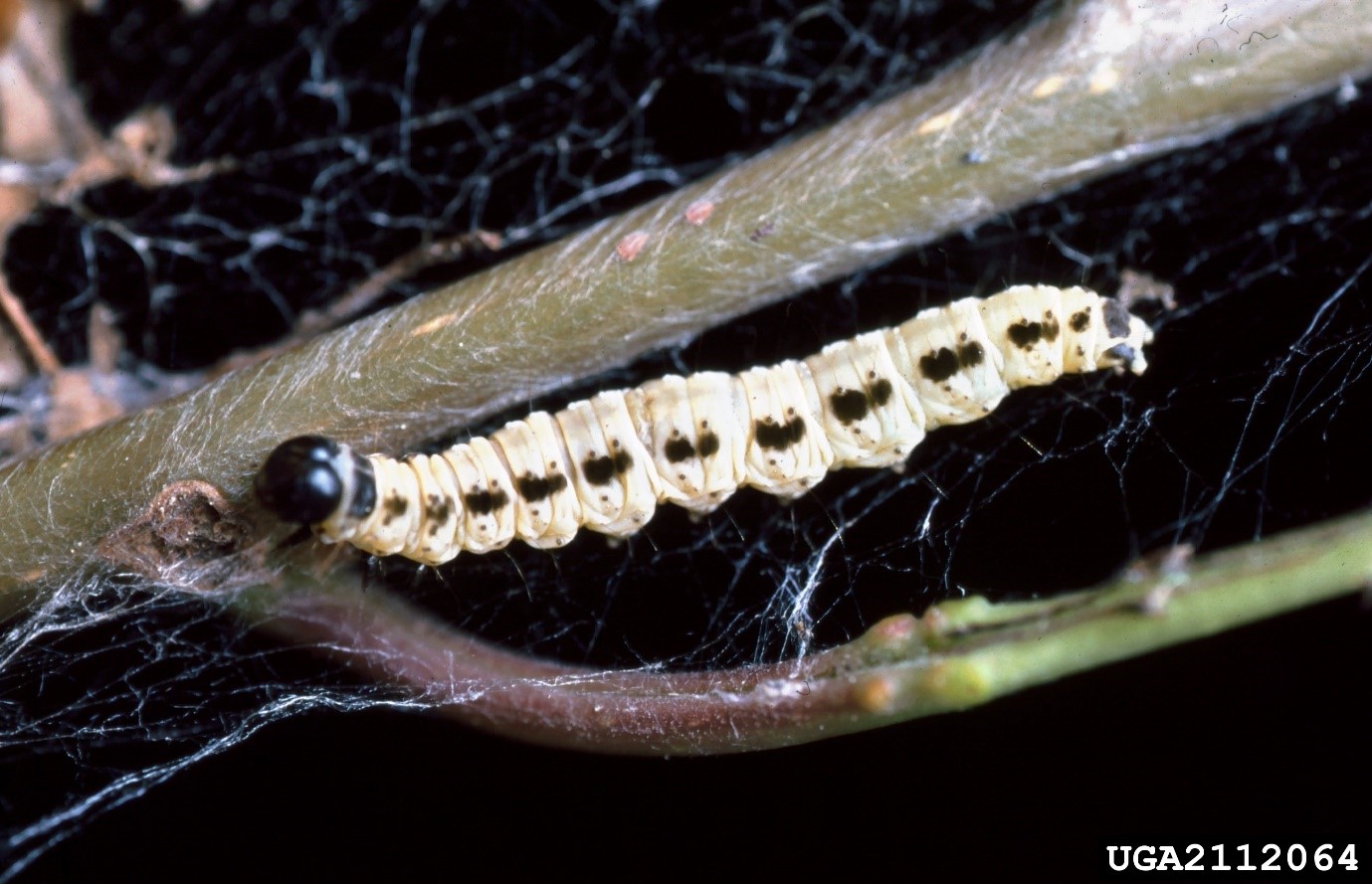 Caterpillars are hairless, cream/white in colour with variable black markings down the body and can grow to 20mm in length.

The nests differ from OPM as they do not make one discrete nest, but rather webbing that trails over the whole plant (see below).

Each species of small ermine has a slightly different lifecycle. Most small ermine moth adults are active during July and August, mating and laying eggs. By around late August, larvae will have hatched and overwinter as caterpillars. In spring, the immature caterpillars will begin feeding and are fully grown around June, at this point, they will form silk webbing in which they will pupate into adults. The formation of extensive trailing webs can look similar to OPM nests, and cause misidentification, however small ermine larvae are not known to feed on oak.

The sedum small ermine (Y. sedella) can have 2 generations per year, the caterpillars being active June-July and September-October.

Different species of small ermine moths can be found on willow (Salix), hawthorn (Crataegus), cherry & blackthorn (Prunus), and some other fruit and ornamental trees. Never recorded on oak.

The conspicuous trailing silk webs produced in spring and early summer, along with partial-complete defoliation, can cause alarm. However, even in extreme cases it should not affect the long-term health and vigour of the plants. Infestation rarely occurs on the same individual host plants year on year, which gives hosts time to recover.

As these caterpillars do not adversely affect plant, animal or human long-term health,  there is no need to control small ermine moths. The caterpillars are an important part of natural biodiversity and help support populations of a diverse range of predators including insectivorous birds. 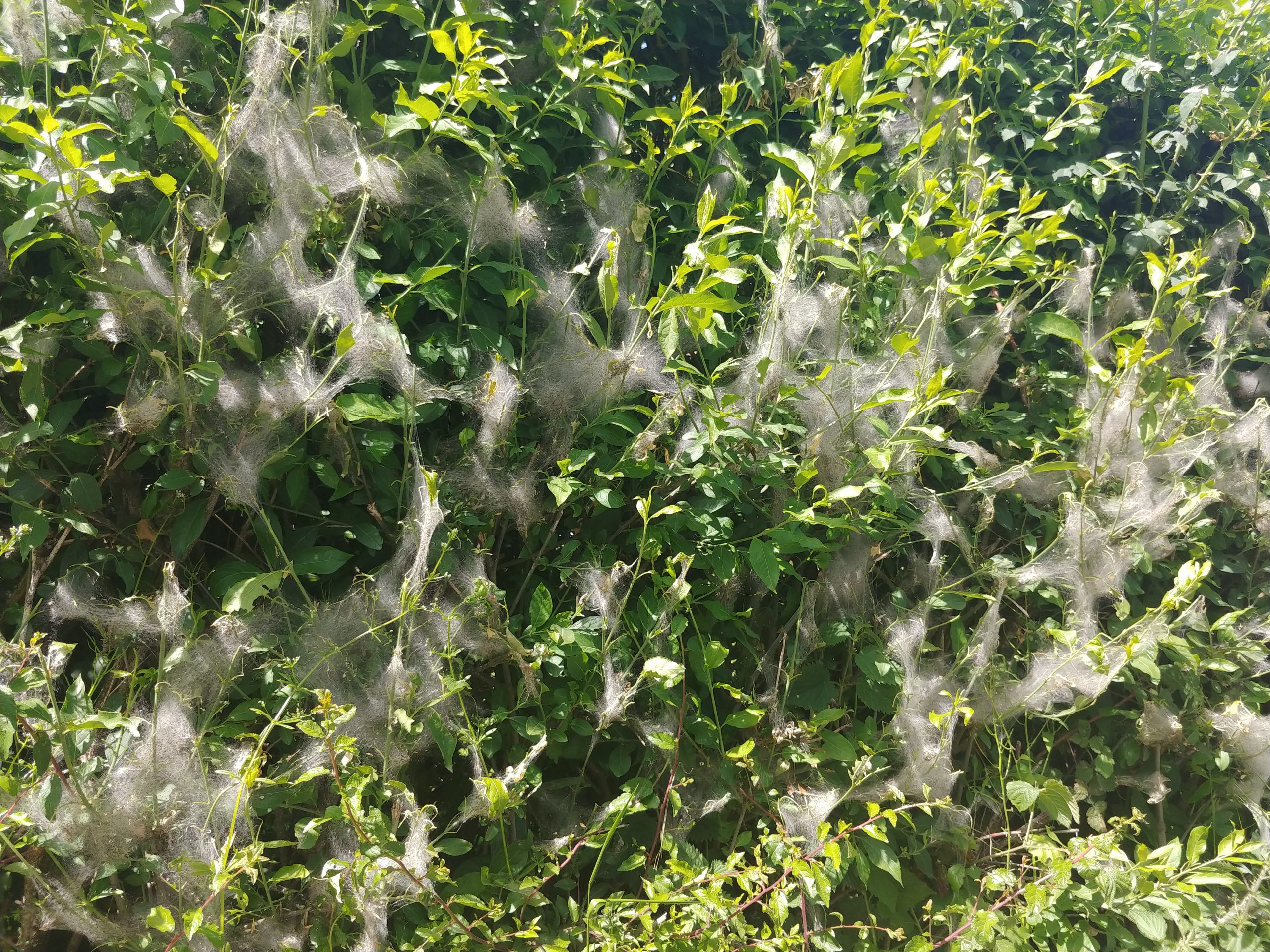