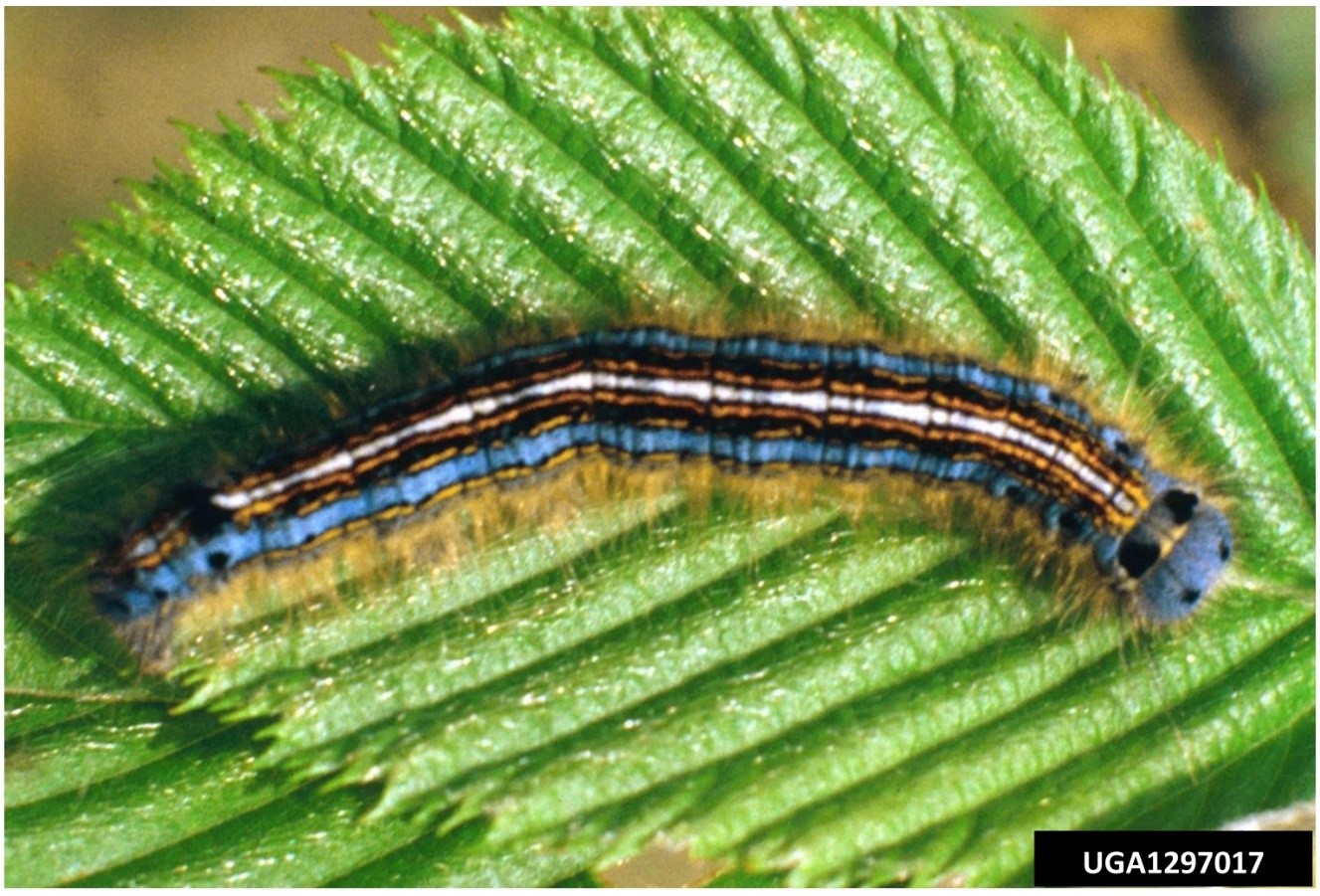 The Lackey moth (Malacosoma neustria) is found throughout the UK and is common in the southern half of England, along the south and west coasts of Wales, Ireland and the Channel Islands. They inhabit open and wooded countryside on various deciduous trees.

Caterpillars are very brightly coloured with orange, white and blue stripes and are larger than OPM caterpillars, around 40-55mm when fully grown.

Lackey moth caterpillar nests are spun between host twigs in a tent shape, in comparison to OPM, which has a rounded nest on the main branches and trunk of oak trees.

Lackey moths complete a single generation per year in the UK. Adults are active around late June-August, where they will mate and lay 100-250 eggs in ‘bands’ that encircle small branches of a wide range of deciduous trees and shrubs. The eggs will then overwinter, before hatching into caterpillars in early April the following year.

The caterpillars live gregariously and form silken webs, this behaviour often causes lackey caterpillars to be confused for OPM larvae. Once fully grown (around early June), caterpillars become solitary and disperse to pupate in leaf litter.

Lackey moth caterpillars  feed on a wide variety of plants including, but not limited to; fruit trees such as apple (Malus), pear (Pyrus), plum (Prunus), and wild and ornamental trees and shrubs, including oak (Quercus), rose (Rosa), elm (Ulmus), birch (Betula) and willow (Salix).

Lackey caterpillars share oak as a host with OPM.

Defoliation from lackey caterpillars is more severe on small trees compared to larger specimens, however it should not affect the long-term health and vigour of hosts.

Lackey moth hairs do not cause severe adverse side effects to human health, unlike OPM hairs. However as with all hairy caterpillars, the hairs are potential allergens, though symptoms vary depending on an individual’s susceptibility. Touching caterpillars with long hairs is generally best avoided.

There is no need to manage or control the species. 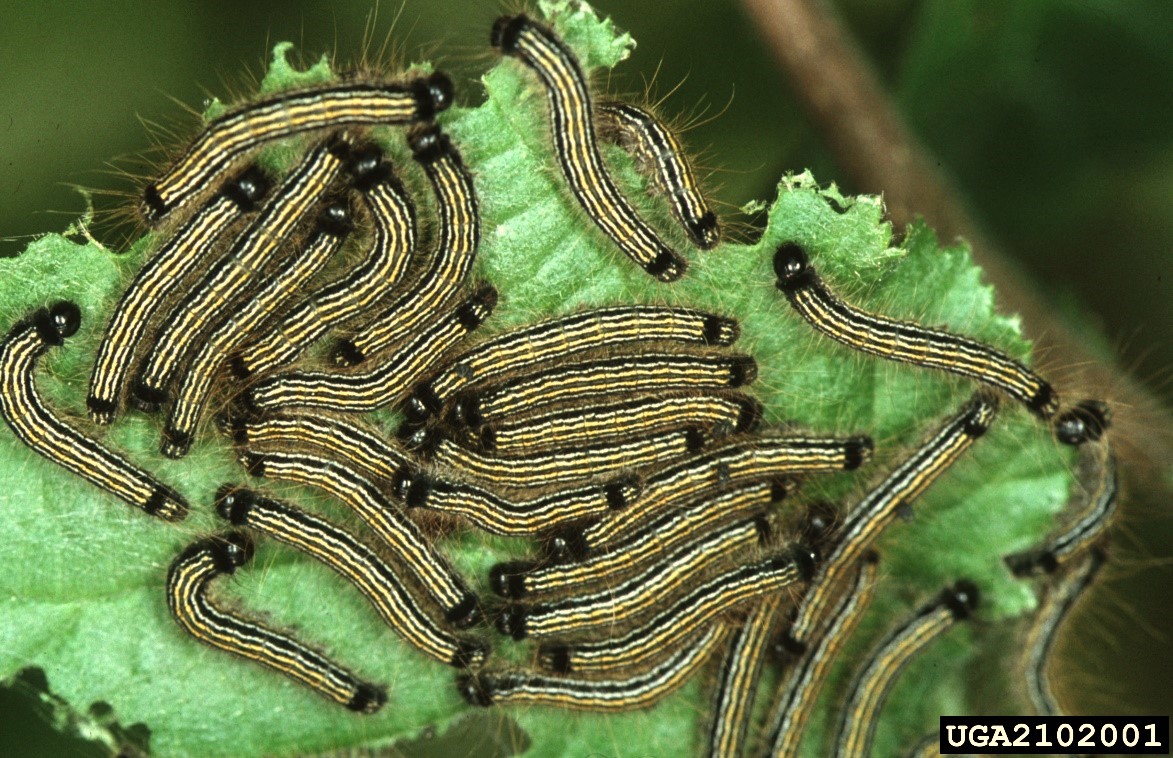