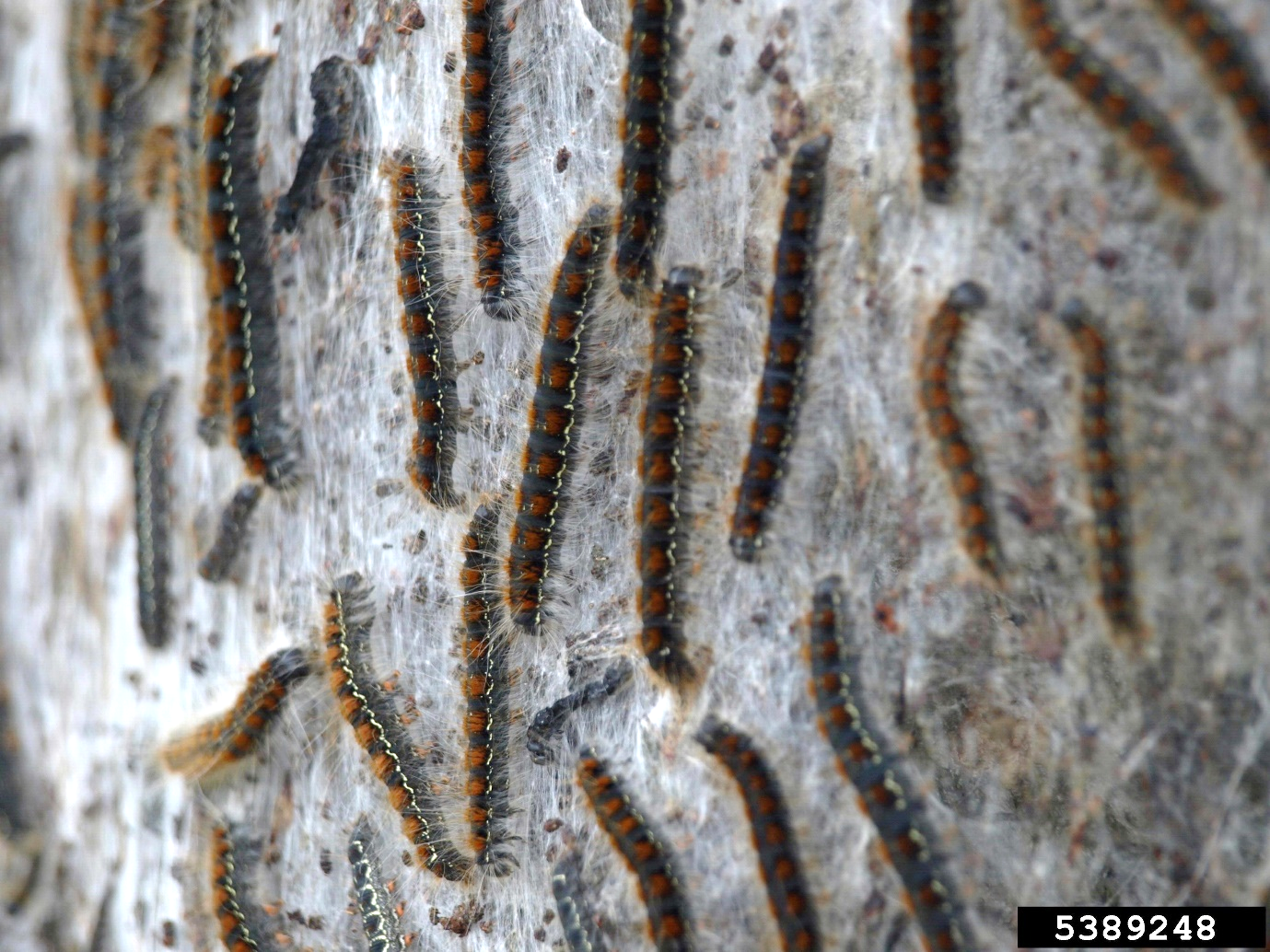 The small eggar moth (Eriogaster lanestris) is a very local species which occurs in widely scattered colonies across England as far north as Yorkshire, in Ireland and in a very few locations in Wales. They used to be much more widely distributed, but have experienced some decline with the destruction of its preferred hedgerow habitat.

In the early stages of larval development, the caterpillars are small and black (see below). As they mature, caterpillars become velvety-black with red-brown marks that are bordered with white, and are completely covered with fine brown hairs, some quite long. The larvae can grow to approx. 50mm.

Small eggar moth caterpillar nests are spun between host twigs in a tent shape, in comparison to OPM which nests on the main branches and trunk of oak trees in a rounded shape.

Females lay masses of around 300 eggs on twigs and small branches of the larval host plant, these hatch within a few days, between April and May. Shortly after emergence, the caterpillars form silken nests and live gregariously throughout larval development. This takes 6-7 weeks before the caterpillars disperse, pupating in dense vegetation around early July, where they overwinter, before emerging as adults the following year between March and early April. The adults do not feed and only live as this stage for approximately a week, during which adults mate, and females lay eggs.

The larvae are found on blackthorn (Prunus) or hawthorn (Crataegus) between May and July. Not found on oak.

Small eggar moths have long hairs which can cause a rash. However, unlike OPM and some other species, these hairs are not shed onto the host plant, one would need to come into direct contact with the caterpillars to get symptoms. The rash is usually mild, but as with most allergens, symptoms will be variable depending on an individual’s susceptibility.