Understanding and quantifying the carbon and greenhouse gas (GHG) balance of the UK’s woodlands and forests is a key part of our programme on forestry and climate change mitigation. A major part of the experimental work is focussed on quantifying the carbon dioxide and other greenhouse gas uptake and losses from a planted oak woodland within the Alice Holt Research Forest. Measurements of carbon dioxide, water vapour and energy exchange (or fluxes) commenced in March 1998 at the Straits Inclosure, in addition to numerous other assessments at the site, linked to the Intensive Forest Monitoring Network and the Environmental Change Network. The Straits Inclosure flux site is currently the only active long-term carbon dioxide flux monitoring site in woodland in the UK.

The carbon dioxide flux measurement site is located within the Straits Inclosure, Hampshire, UK. This is a commercially managed, lowland oak forest where the main tree species is Quercus robur L. The understorey is dominated by hazel (Corylus avellana L.) and hawthorn (Crataegus monogyna Jacq.). The eastern half of the site was thinned in 2007 and the western half in 2015.

Quantifying the carbon balance of the forests requires measurements of the exchange of carbon dioxide between the air passing over the forest and the forest vegetation, using micrometeorological methods. Techniques and instruments available since the late 1980s allow us to measure the rapid turbulence in the air (or ‘eddies’), and the fluctuations in the carbon dioxide concentration to see how they ‘co-vary’ (vary together). We can then calculate the net exchange upwards (when the forest is termed a ‘source’ of carbon dioxide, for example at night) and downwards (when the forest is a sink, for example on a sunny summer day).

The instruments are mounted above the trees on a tall tower located within the 90ha plantation. These

include a high-speed anemometer (using the speed of sound to measure the turbulence) and an infra-red gas analyser (measuring fluctuations in atmospheric carbon dioxide concentration). From very rapid (20 times a second) measurements half-hour average fluxes of carbon dioxide are continuously computed in all weather conditions. An automatic weather station (AWS) mounted at the same height provides data on changes in environmental conditions such as air temperature, light levels and relative humidity etc. In addition, digital cameras are also used to automatically record change in canopy leafiness (‘phenocams’).

The graph below shows the annual partitioned carbon dioxide flux components. From the onset of monitoring in 1998, the mean annual NEP (Net Ecosystem Productivity) has been 4.8 tC/ha/yr, indicating that overall, this woodland is acting as a strong sink for carbon. 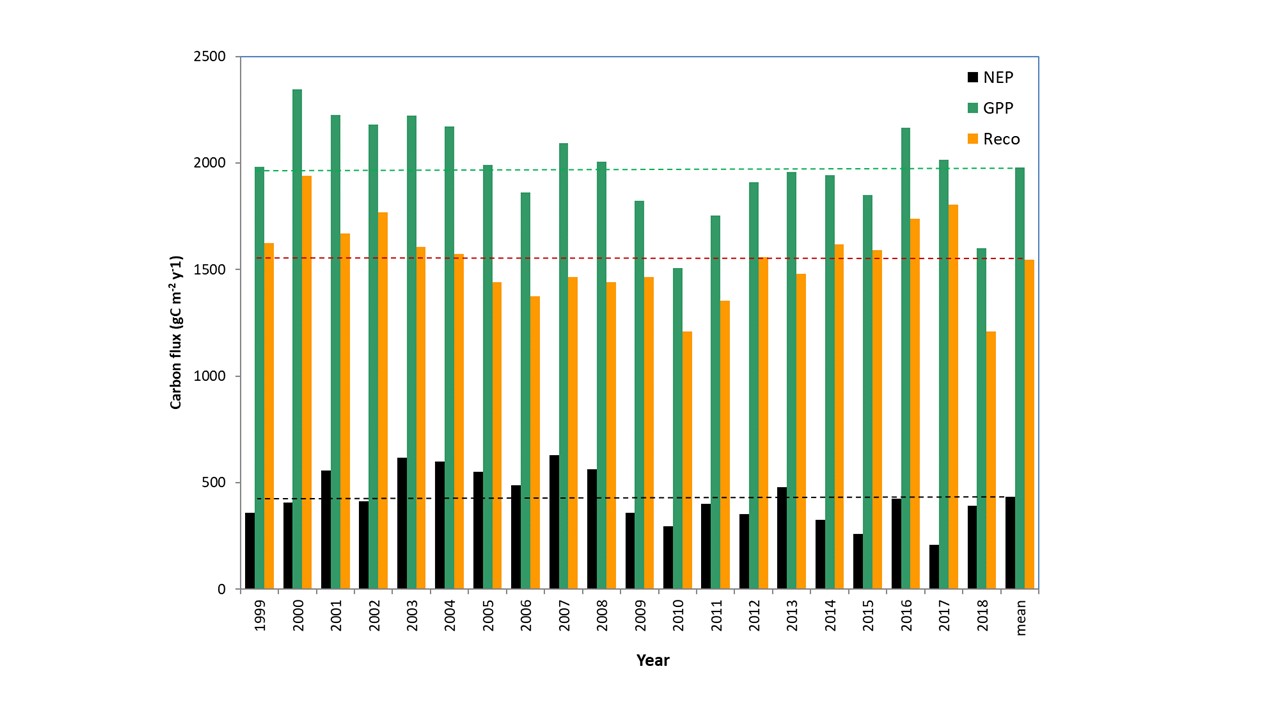 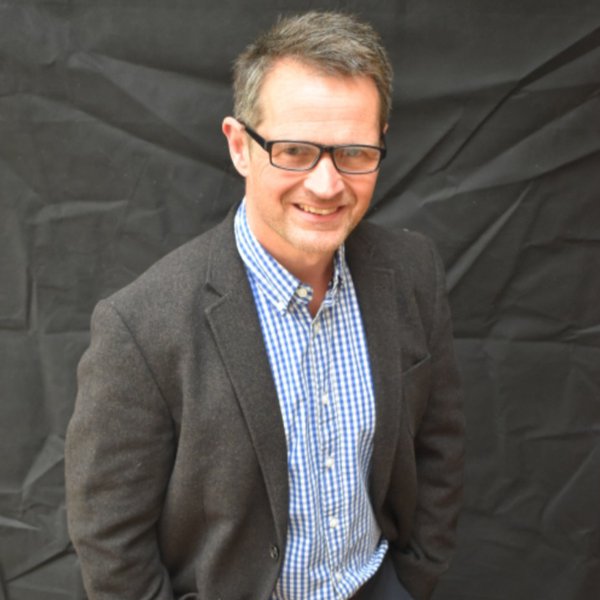