The use of Ecoplugs for woody weed control

Home research The use of Ecoplugs for woody weed control 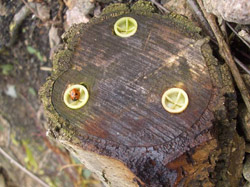 Ecoplugs are a novel formulation of crystalline glyphosate encapsulated in a plastic plug. Because of their design, they present practically no risk of non target drift or operator contamination, and it is claimed that Ecoplugs can be used in all weathers at any time of year. Although initially only approved for use on cut tree stumps, because of their potential advantages over conventional application of liquid herbicides, our research focused on testing the suitability of Ecoplugs, compared to traditional chemical thinning methods and ring barking, for the killing of standing trees, as well as for the control of rhododendron.

Our research found that applying one Ecoplug (formulated as Ecoplug Max® (680 g kg-1 glyphosate); or as Ecoplug Max ® (720 g kg-1 glyphosate)) per 3 cm of stem diameter, an equivalent of 0.068 g a.i. glyphosate per cm of stem diameter, can give effective control of around 90% of standing Douglas fir within 18 months of treatment. Ecoplugs appeared to be a more effective method of applying glyphosate to kill standing Douglas fir trees than the traditional method of chemical thinning which involves spraying neat liquid glyphosate into cuts made in the tree stem. Both traditional chemical thinning and the use of non chemical ring barking also gave some control of standing Douglas fir trees in our work, but the speed of kill was slower and overall efficacy lower than when using Ecoplugs. The artificial rainfall applied had no effect on the treatments.

Full details of this research can be found in the scientific paper:-

The application costs of the different methods of killing standing trees, assuming 2,000 treated stems per hectare, including the costs of tools, safety equipment, chemicals etc, were found to be as follows:-

Full details of this research can be found in the following report:-

This is an internal report but is freely available from Technical Development, Forest Research.

The results from this study also suggested that applying one Ecoplug per 3 cm diameter of stem can give effective control of around 100% of standing Japanese larch and 90% of standing Scots pine within 17 months of treatment in the early spring. Ecoplugs appeared to be a more effective method of applying glyphosate to kill standing Japanese larch trees than the traditional method of spraying neat liquid glyphosate into cuts in the stem, but were no more effective in Scots pine, suggesting that final efficacy of the two treatments may turn out to be similar, but that Ecoplugs may provide more rapid control.

Ecoplugs, conventional herbicide application to stem cuts and manual ring barking all allowed infection to some extent of Heterobasidion annosum, a disease that can cause serious and long term damage to current and future conifer crops. However, although it was not possible to make a direct comparison in our work, the Heterobasidion annosum infection that results from using Ecoplugs is unlikely to be significantly higher than the infection that typically occurs after conventional thinning operations due to accidental stem damage. If an entire stand is going to be killed, then felling and treating stumps with the prophylactic fungicides urea or PG Suspension® (0.5% w/v Phlebiopsis gigantea), will present a lower risk of infection from Heterobasidion annosum than any method of chemically killing standing trees.

Full details of this research can be found in the following scientific paper:-

4. Efficacy of Ecoplugs on Rhododendron

Our research found that applying one Ecoplug per 3 cm of stump diameter can give around 80-90% control of regrowth from rhododendron stumps. Control is likely to be as good as, but no better than, conventional sprays of liquid glyphosate, and in both cases, repeat visits to control regrowth will almost certainly still be required. Although it is recommended that Ecoplugs should always be applied to stumps within 2 days of cutting, if a delay is unavoidable, our work suggests that they may still be effective if applied up to eight weeks after cutting. The artificial rainfall applied had no effect on the treatments.

Full details of this research are available in the following scientific paper:

This project started in 2013 and is now complete.

This research will help managers deliver sustainable management and the protection of the forest resource against biotic threats across the UK as outlined in the UK Forest Standard . It will also help deliver Forestry Commission England, Forestry Commission Scotland ,and Welsh Government polices to reduce the impact of invasive pest species. 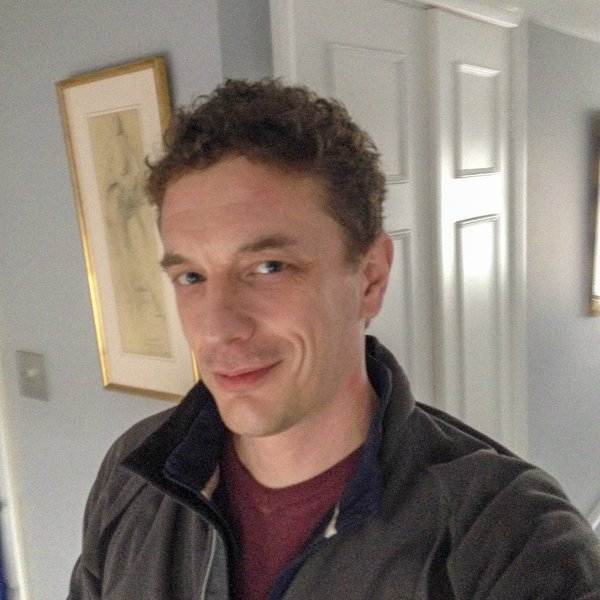