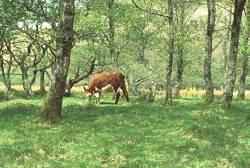 Cattle are thought to provide biodiversity benefits in woodlands when grazed at low density since they eat dense vegetation of a low digestibility and break up vegetation mats with their hooves. This opens up the ground layer vegetation and is thought to be beneficial for tree regeneration as well as leading to a greater variety of vegetation types and associated invertebrate and bird assemblages. Because of these perceived benefits there is increasing interest in the use of cattle as a tool for nature conservation management in woodlands. Little information was available, however, with which the impacts of a given cattle grazing regime on a particular woodland could be predicted. Indeed there had been virtually no published studies of the impact of cattle on woodlands in Britain and very few in other countries. Additionally, there was little information available on the current use of woodlands for cattle grazing in Britain.

Most woodlands grazed by cattle are small (<50ha) and not well suited for low-density year round grazing, however alternative grazing was available at most sites.

In Scotland, most owners are private having livestock production as a key objective whereas in England and Wales more owners are public or NGO’s with conservation as a primary objective.

In terms of conservation, the range of objectives for grazing included maintenance of open habitats, either the reduction or encouragement of tree regeneration, or to benefit certain species.

Tree regeneration declined with increasing stocking rates, however the association was weak. This was considered to be due, in part, to the presence at most sites of other herbivores, as well as alternative grazing for cattle.

Tree species most likely to be browsed by cattle included Oak and willow whereas those most commonly avoided included Holly and Hawthorn.

The establishment of control areas is recommended both to inform site managers as well as provide a basis for more consistent predictions of the impact of grazing. 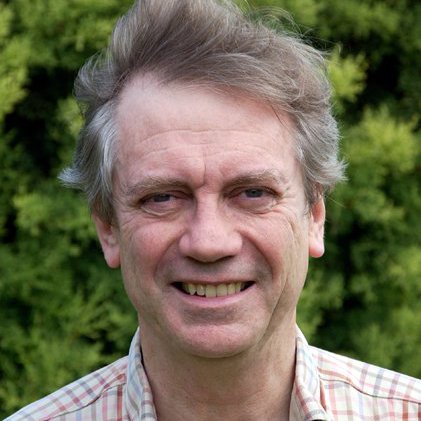