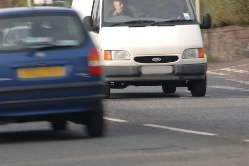 The choice of species and type of tree planting used in urban greening schemes is likely to be influenced by a range of environmental and physical parameters, including climate suitability, soil type and moisture availability. The use pollutant-tolerant species should also be considered. Alder, birch, poplar, sycamore and willow are examples of species that are tolerant of air pollution; however, their selection should be balanced against concerns regarding the emission of pollen and  volatile organic compounds (VOCs) from trees.

All plants are sensitive to the effects of air pollution, to a varying degree. It is not surprising that air pollution poses an important threat to the health of greenspaces within our towns and cities, given that they are generally located close to large potential sources of pollution.

Historically, the major air pollution problem in both urban and industrial areas has been associated with high levels of smoke and sulphur dioxide (SO2) arising from the combustion of sulphur-containing fossil fuels for domestic and industrial purposes. Over the past 40 to 50 years, the decline in coal as a fuel source, combined with a series of Clean Air Acts and cleaner fuels/new burning technologies, has led to a successful reduction in the emission of these pollutants.

The major threat to clean air is now posed by traffic emissions. Both petrol and diesel-engine motor vehicles emit a wide variety of pollutants, principally carbon monoxide (CO), nitrogen oxides (NOx), volatile organic compounds (VOCs) and particulates (PM10) all of which can have an increasing impact on urban air quality. In addition, photochemical reactions resulting from the action of sunlight on nitrogen dioxide (NO2) and VOCs from vehicles leads to the formation of ground-level ozone (O3), a secondary long-range pollutant.

Air pollution can affect urban vegetation in a variety of direct and indirect ways.

The deposition of acidity is principally linked to emissions of SO2 and NO2, although a small fraction may also occur in particulate form. Acidic deposition can affect urban ecosystems through the acidification of soils, leading to a change in the pool of nutrients available for plant growth, principally a loss of exchangeable cations and an increase in aluminium solubility.

Airborne particulate matter pollution (dust) varies widely in its physical and chemical composition, source and particle size distribution. PM10 particles (<10 µm in diameter) are principally of concern for human health, but their deposition can also have important ecological consequences. The effect of dust deposited on leaves can cause surface abrasion leading to physical damage. In very heavily industrialised areas, a layer of particulate matter may accumulate on the leaf surface, blocking stomata (small pores on the leaf surface through which the exchange of water and carbon dioxide occur) and restricting their ability to photosynthesise. But particulate matter pollution is more likely to have indirect effects on urban vegetation and ecosystems, through its influence on the metal content of soils and on soil nutrient availability.

High concentrations of ozone can cause visible injury to the leaves of trees and plants. This type of injury can vary, from reddening and bronzing to a yellowing of the leaf surface, and ultimately can lead to cell death and premature senescence. Ozone can also make plants more susceptible to drought by affecting their ability to regulate water loss, which may have important implications for species growing in urban environments where water stress may already be an issue.

The most effective mechanism for protecting urban ecosystems from the negative effect of air pollution has to be a reduction in emissions at source.

In the UK emissions reduction from transport and industry is principally governed by:

In July 2007 the UK Government and the devolved administrations published the Air Quality Strategy for England, Scotland, Wales and Northern Ireland, which defines the air quality standards and objectives that local authorities need to achieve.

The EPSRC-funded Pollutants in the Urban Environment (PUrE) project:

This project developed a framework for the risk assessment of pollutants in the urban environment. The framework involves thorough characterisation of particulate pollution (e.g. chemical, physical, biological properties, etc.), mapping of sources and movements, and an integrated assessment of the associated human and ecological health effects/risks.

Forest Research worked on the ecological health aspect of the project to determine the composition and bioavailability of particulate contaminants and assess their associated risk to ecological health. This work used a number of vegetation species commonly found in urban areas, including birch, Leyland cypress, maple and stinging nettles. These were planted along a particulate gradient away from heavily polluted roads and an industrial source.

The vegetation tissue compartments were analysed for their metal content, both before and after washing, to assess the amount of particulate adhered to the tissue surface and that transported within the plant. In addition, a range of primary plant consumers were used to assess the food-chain transport of particulate pollution. These will be related to air sampling data collected from the study sites.

Further information can be obtained from the PUrE project website.

Forest Research has over 20 years’ experience in conducting high-quality research investigating the effects of air pollution on woodland and forest ecosystems, and frequently provides consultancy and research services to the Forestry Commission and external clients.

Forest Research has world-class research facilities, including an open-top-chamber gas-fumigation system, where plants can be exposed to a range of air pollutants within a controlled environment. This system has been used to study the effects of ozone pollution on a range of tree species and how this can interact with the changes in atmospheric carbon dioxide concentration predicted for the middle of this century.

Forest Research has many years’ experience in recognising the symptoms that plants exhibit when exposed to air pollutants. The Tree Health Diagnosis and Advisory Service offers verbal and written advice in relation to plant disorders caused through exposure to air pollution.

Data and statistics on air pollution can be obtained from: