The grading, and therefore the ultimate value of construction timber is governed by the mechanical properties of strength, density and stiffness.

The majority of British spruce timber is graded as C16 but has density and strength characteristics which are usually high enough to achieve greater grades. The factor limiting a greater proportion of sawn spruce achieving higher contruction grades is stiffness.

Since 2019, Forest Research have been engaged in a study to evaluate stiffness in Sitka spruce trees growing in an experiment which was designed to compare trees grown from seed collected from throughout the native range of the species.

It is hoped that by examining the biological range of variation in Sitka spruce, we can find trees to infuse into the general breeding population with excellent stiffness properties to provide a major boost to the quality of domestic timber and bring positive impacts for the whole supply chain.

Forest Research is focussing on improving stiffness through tree breeding, so that more British-grown timber can achieve higher construction grades.

Early work evaluating stiffness on trees within the general breeding population of Sitka spruce shows that the trait is highly heritable, which means that improvement of stiffness through selectio and testing should work well. However, the variation in stiffness values in the general breeding population is low, which means that, even though selection would be effective, there is not a wide base from which to select.

The Sitka spruce breeding population in the United Kingdom has historically been based on selection of 'plus-trees' from stands grown from seed collected in Haida Gwaai (previously known as Queen Charlotte Islands) on the Pacific seaboard of British Columbia (Canada).

To evaluate a stiffness in a wider range of Sitka spruce provenances, Forest Research has recently been working in a 45 year old (approximately, or just over normal rotation age) provenance trial which compares 25 Pacific northwest seed sources from Alaska in the north to Oregon in the south (Figure 1). The provenance trial was established as part of an international effort by IUFRO; the International Union of Forest Research Organisations. 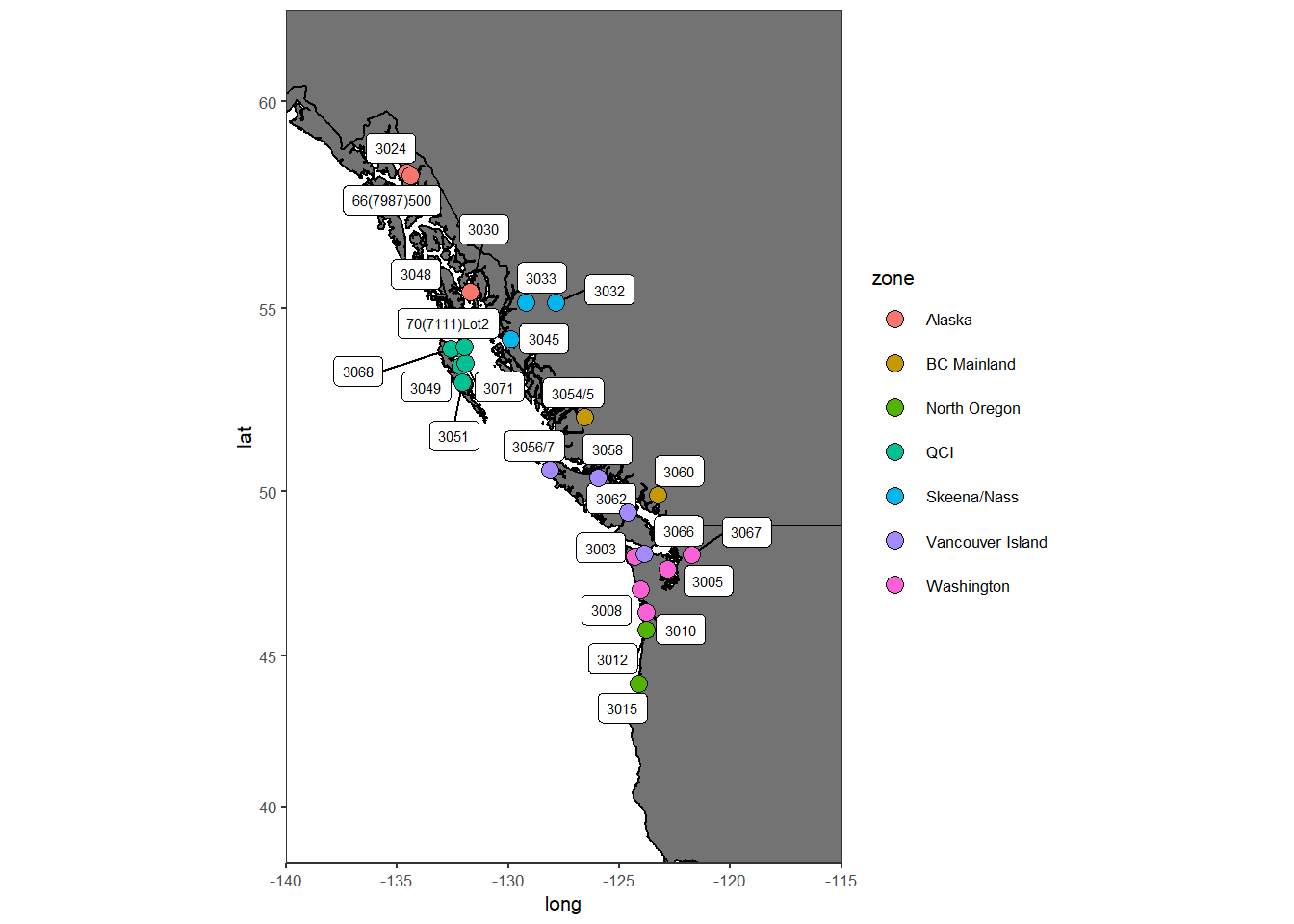 Figure 1. The locations of seed sources within North America that are represented in the IUFRO provenance trial (made with Natural Earth. Free vector and raster map data @ naturalearthdata.com)

For each seed source, we dynamically selected trees with good general breeding characteristics (e.g. growth, straightness, branching). The best trees were felled and measured, and an acoustic tool (Hitman director HM200, Figure 2) was used to measure stiffness of the crosscut logs. Figure 2. A researcher uses the Hitman HM200 on a log. The tool is pressed against the base of the log and the log is then struck with the hammer. The tool measures the time it takes for sound waves to travel through the log and converts the value to velocity.

Scion material was collected from those trees with the very best stiffness values and grafted onto rootstock. This means that we have cloned the best trees for stiffness from the experiment and they will be used as the basis of an 'elite population' for stiffness.

Initial findings show that some provenances, on average, had better stiffness values than others but there was no geographical pattern of variation. In general, most of the variation in stiffness was held within, rather than between provenances. This suggests that trees with good stiffness values can be found from throughout the range of Sitka spruce.

In addition, discs were collected from the base of the crosscut logs in October 2019 for further, and more detailed analyes to better understand interannual variation in growth, wood stiffness, wood density and tree ring characteristics related to drought vulnerability.

Initial findings show that some provenances, on average, had better stiffness values than others but there was no geographical pattern of variation.

In general, most of the variation in stiffness was held within, rather than between provenances.

This suggests that trees with good stiffness values can be found from throughout the range of Sitka spruce.