Priorities for research on Emerging Species

A new analysis by Forest Research has examined species diversity of the Public Forest Estate in Britain to help inform the future direction of research on species and provenance.  The work was carried out by Dr. Richard Jinks who was until his recent retirement the Project Leader for Tree Species in Forest Research.

To perform an analysis of species diversity of the Public Forest Estate in Britain to help inform the future direction of research on species and provenance.

There are three reports describing the work and they can be found here. The first two documents are the full report and appendices; the third document is a summary of the work and includes suggested priorities for future research.

There are five main reasons why this work is important:

The report identifies three main priorities for research on species and provenance:

Forest Research will be taking this work forward using a combination of the following methods:

*Emerging Species – what are they?

In the analysis described in the report tree species were divided into different categories:

Principal tree species are defined as species that are currently widely used for timber production and will continue to be the dominant species unless affected by a new pest or disease or adversely affected by climate change.

Secondary tree species are trees that have been planted on a much smaller scale than the principal species, but are reasonably well understood and have demonstrated their suitability for forestry in terms of stem form, growth rate and hardiness under current conditions and so have potential for wider use in future.

Plot-stage species are a group of species that have not been planted on any significant scale, but have demonstrated silvicultural characteristics in trial plots and have qualities suitable for forestry objectives to justify further testing and development.

Specimen-stage species are species that have not been trialled for forest potential in experimental plots, but have demonstrated positive traits of good form, growth rate and hardiness as specimens in tree collections to warrant further testing in plots on a limited scale.

Emerging Species is a collective term used to describe the secondary and plot-stage species. 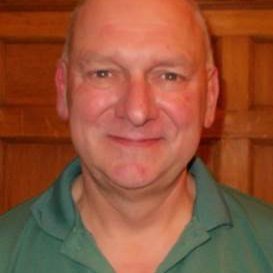