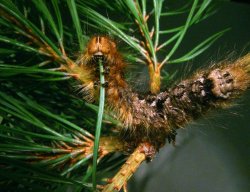 This project aims to determine the level of risk to Scots pine and other tree species posed by the recent discovery of defoliating caterpillars of the pine-tree lappet moth (Dendrolimus pini) in Scotland and whether it is a recent introduction or a previously undiscovered native species. The UK life-cycle and biology are being studied and climate models developed to predict the likelihood of outbreaks and guide future management and control. 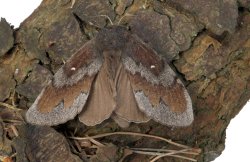 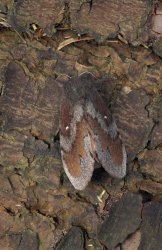 Surveys of over 60 woodlands have shown that PtLM populations are restricted to just a small number of plantation forest sites to the west of Inverness. Annual monitoring surveys using pheromone and light trapping techniques regularly capture PtLM adults at the same sites and there are early signs of restricted natural spread each year. PtLM has not yet been found breeding in any ancient Caledonian pine sites of similar local climate to the breeding sites.

Over 200 moth samples have been analysed from across the huge distribution range of PtLM. Mitochondrial DNA sequence data indicates there are three genetic groups: a central and northern group including PtLM from Norway, through central Europe and down to Hungary; a group comprising moths from Spain and western France, and finally a third group consisting of individuals from Italy, Turkey and Mongolia as well as moths from the Scottish PtLM population. In addition, the genetic diversity of the Scottish population is very low when compared to a German population from the centre of the distribution range.

Feeding trials have shown that PtLM caterpillars are capable of feeding and developing rapidly on both pine and Sitka spruce foliage in the UK. Our findings suggest that development of the moth is entirely under environmental control and that the rate of development is likely to reduce and risk increase as the climate warms.

This project started in 2009 and is ongoing

This is aimed at ensuring that trees, forests and woodland are properly managed and protected from the increasing pressures on land caused by climate change and population growth which also put trees and forests at risk. Diseases and pests also pose an increasing danger. 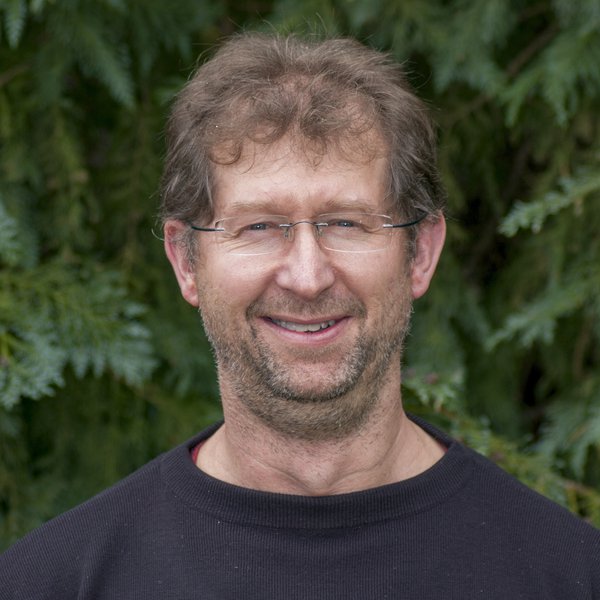