Cases for and against forestry reducing flooding 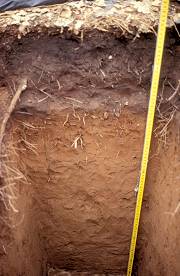 Forests are known to use more water than shorter types of vegetation. This is mainly due to the interception of rainwater by their aerodynamically rougher canopies. Interception can reduce the amount of rainfall reaching the ground by as much as 45% or more for some types of forests. A reduction of even half of this amount could therefore make a major contribution to flood control.

Another way that forests could affect floods is by their soils holding back and delaying the passage of rain water to streams and rivers. Forest soils tend to have a more open structure resulting from greater amounts of organic matter and the action of tree roots and soil fauna. They are also usually drier during summer periods due to the higher water use by forests. These conditions enhance the ability of the soil to receive and store rain water and is commonly referred to as a ‘sponge effect’.

The interception loss varies between forest types. While losses of 25-45% are typical of conifer forests, those by broadleaves are lower and tend to range between 10-25%. Losses from broadleaves are further reduced to 5-10% during the leafless period, when the risk of flooding is often greatest. Another important factor is that interception declines with the size and intensity of a given rainstorm, reaching a maximum of 5-7 mm in a day. Thus losses for major rain storm events may be <10% even for a conifer forest.

The forest sponge effect also has its limitations. Most major floods occur following periods of exceptionally heavy and/or prolonged rainfall, often during the wet season. Forest soils are generally fully rewetted by such times with a reduced capacity to receive and store storm water.